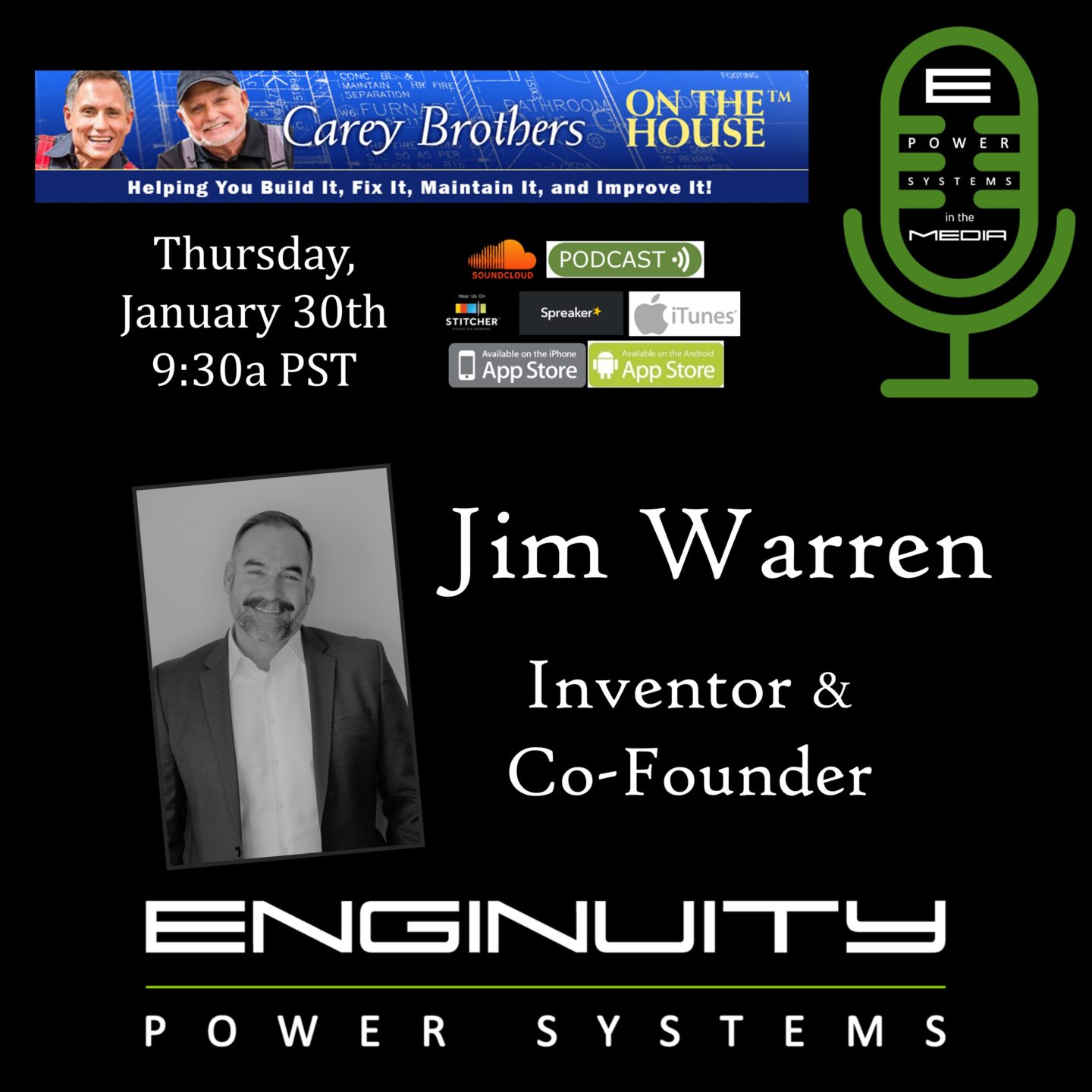 ‘On The House’ Podcast – Jim Warren Joins the Carey Brothers

Jim Warren joins James and Morris Carey for an interview about Enginuity’s performance at the International Builders’ Show (IBS) to talk about being recognized with the show awards of ‘Best In Show’, ‘Best Home Technology Product’ and ‘Best Energy Efficient Product’.

About the Carey Brothers and ‘On The House’:

James Carey and Morris Carey, known as the Carey Bros., are nationally-recognized experts on home building and renovation. They share their 70+ years of experience as award-winning, licensed contractors with millions of people nationwide through a weekly radio program and syndicated newspaper column both titled On The House.

These third-generation contractors hold 33-year broadcast careers in radio and television. They deliver user-friendly, hands-on advice in their radio program and daily radio tip which are carried coast-to-coast weekly via satellite to a rapidly growing network of more than 200 stations. The program is also broadcasted via live remote from home and building expos nationwide.